Upjohn headed a major London watchmaking enterprise, supplying retailers throughout England, but he wanted to extend his trade, especially to Continental Europe. To this end, he made a series of journeys through northern Europe which are recorded in wonderful picaresque detail in this volume.
Roger Smith has updated John Leopold's text, particularly regarding Upjohn's involvement in the export of watches and clocks to India and China, and David Thompson has added a detailed index.
The result is a vital addition to our knowledge of the period, illuminated by images of some of the extraordinary objects described by Upjohn, and contemporary views of places seen on his journeys.

In 1986, Cedric Jagger proposed the publication of a manuscript The Life and Travels of James Upjohn which was thirty years later published by the AHS and the Clockmakers' Company.
On each opposite page, a copy of the basic text in its current form, made in 1784 by a mysterious A. Upjohn. The original was composed by Upjohn between 1780 and 1783. Hard cover with dustjacket. 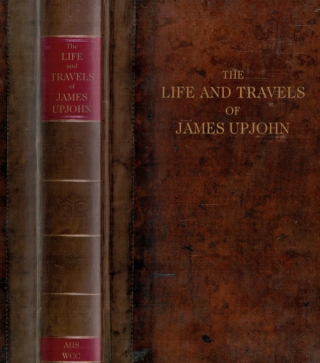