The unabridged Story of Corum's golden Bridge.
Despite its trademark transparency, the Corum Golden Bridge is a wristwatch full of mystery. This new book describes the iconic linear timepiece’s fascinating history including the innovative mechanical invention conceived by a nonconformist autodidact and the difficult technical breakthroughs by two like-minded personalities needed to achieve the dream wristwatch. This story chock-full of narrative substance begins in Switzerland of the late 1970s, at a time when electronic timekeeping was threatening to overtake the magical mastery of mechanical ticks and tocks. The Golden Bridge, spanning the gap between mechanics and art, is an integral part of this era as luxury watchmaking teetered on the brink of extinction. The Golden Bridge additionally helped usher in the era of the independent watchmaker, as its very creation was rooted in shedding light on the work of the watchmaker in a way that no other timepiece before or after it ever would. 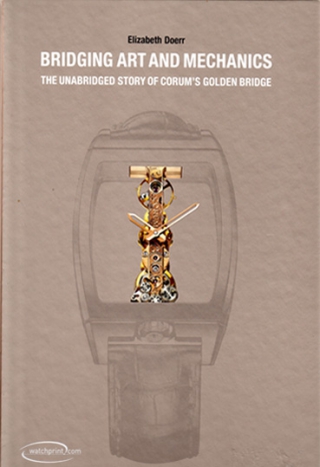