An Exploration of Clockwork Design.
In their most refined form, pendulum clocks keep astonishingly accurate time and are sensitive to the ebb and flow of the tide and even the quivering of the Earth itself. Great inventors such as Galileo, Huygens, and Kelvin devised mechanisms to maintain their even oscillations. Lesser known horologists such as John Harrison, Lord Grimthorpe, and William Shortt, also contributed greatly to the science of time-keeping. By reflecting on his own inventions and achievements, author Philip Woodward gives a highly readable and fascinating history of precision horology before the advent of atomic clocks and the quartz chip that will educate and entertain amateur horologists and scientists and engineers alike. 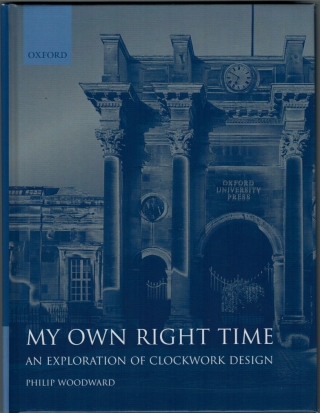