This is the story of henry Playtner, a man who made a difference. He opened Canada's first privately operated trade school and the country's first school for watchmakers.The Canadian Horological Institute was in business in Toronto, Ontaria for 23 years, attracting students from around the world. To graduate, the student had to make a watch! Playtner was not just a knowledgeable watchmaker, he was a very capable instructor, creating a curriculum that matched the best that was offered by schools in Switzerland and Germany.
This book explores the watchmaking industry at the turn of the 20th century. The book is biographical and historical but readable to those with no background in horology.
Many pictures, hard cover with jacket, in good condition. 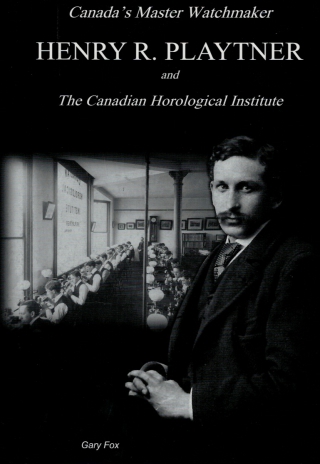